Plovdiv is the second largest city in Bulgaria and surely one of the most beautiful. Besides that, Plovdiv is one of the oldest inhabited cities in Europe and in the world at all. Plovdiv impresses with a rich history, typical architecture, plenty of cultural events and even singing fountains. This is why you should visit Plovdiv right now. Here is what to do and see.

The rich history of Plovdiv

Plovdiv is founded by the Thracians, conquered by Philip ll of Macedonia, then by the Roman general Marcus Terentius Varro Lucullus, managed by knights of the Fourth Crusade and survived the Ottoman rule. Philippopolis and Trimontium are some of the names the city carried in different eras. There’s no doubt why Plovdiv was elected as European capital of culture in 2019.

The Ancient Theatre is located between two hills – Dzhambaz Tepe and Taksim Tepe. It was built in the 2nd century during the rule of the Roman Emperor Marcus Ulpius Troyan. The capacity of the theatre was around 6-7 thousand people. Unfortunately, the theater suffered a fire and an earthquake. As a result, several of the rear rows have been destroyed. Nowadays, the Ancient Theatre’s stage hosts concerts and other cultural events.

The Old Town in Plovdiv is actually an Architectural-Historical Reserve showing the typical Bulgarian National Revival architecture. Walking along the narrow cobbled streets and exploring the old colored houses, you feel going back in the past. Some of the houses are private, but most of them have been turned into museums, guesthouses, workshops and galleries. One of them even serves as a kindergarten.

Surely, the most impressive house in the Old Town in Plovdiv is the Argir Kuyumdjioglu’s house. It’s painted in deep blue color with beautiful ornaments on the facade. The house has 12 rooms and around 130 windows. Inside you can find the local Ethnographic Museum.

The hills of Plovdiv

Plovdiv lies on six hills called “tepeta” and while you are strolling on the paved streets of the Old Town you can explore three of them – Nebet Tepe, Dzhambaz Tepe and Taksim Tepe.
On the top of Nebet Tepe, can be seen remains of a prehistoric Thracian settlement dated 12th century BC. This settlement eventually becomes one of the first cities in Southeast Europe. Pretty impressive, huh? I must add that the view from the hill is amazing.The other three hills are Dzhendem Tepe – the highest one, Bunarzhik -the second highest and Sahat Tepe – located in the city center. There was a seventh hill called Markovo Tepe which was destroyed and the material was used for the pavement of the streets in Plovdiv.

Walking along the main shopping street in Plovdiv, just next to Dzhumaya mosque, you’ll find the Roman Stadium. This is one of the biggest structures that Romans built in Southeast Europe. The Roman stadium was approximately 240m long and 50 m wide and it was big enough to host up to 30 000 viewers. Unfortunately, most of the stadium lies under the buildings. However, there is a small open section with seats and part of the arena so feel free to pretend you are an ancient athlete.

Besides the rich history, Plovdiv is a modern city and a cultural hub. As part of the Plovdiv 2019 project, the municipality turned one not that attractive central quarter into a creative district. There you can find workshops, galleries, dance schools, ateliers, cafes and a vinyl shop. Furthermore, Kapana is a center of cultural and art events. Do not miss Kapana Creative District because this is where the artistic spirit of Plovdiv glows.

Well, well so much to see and do in Plovdiv. Don’t you wish to sit somewhere? Of course, there’s a bunch of neat cafes and nice restaurants. Not bad at all but what about some greenery. You can visit the Tsar Simeon’s Garden – beautiful city park in the heart of Plovdiv. Besides the refreshing atmosphere and the beautiful scenery, there’s a large artificial lake with hundreds of pipes forming a gorgeous fountain. In the evenings, the fountain brings the visitors of the city as well as local people and offers an amazing spectacle – a breathtaking performance of music and light.

Some people don’t really like Miljo and call him crazy, but others think he is kind of a symbol of Plovdiv. He was a poor man who really liked women and sometimes teased them with the words: “You are beautiful!”. Today, Miljo sits on the main shopping street with one hand in his pocket and the other on his ear. He tries to catch some new city gossips while hundreds of people are passing by him. Irritating, crazy or charming, he is quite popular in Plovdiv.

I bet you don’t need more proofs why you should visit Plovdiv right now. Plovdiv is a modern city with ancient roots, vibrant atmosphere and artistic twist, ready to be explored, ready to be loved! 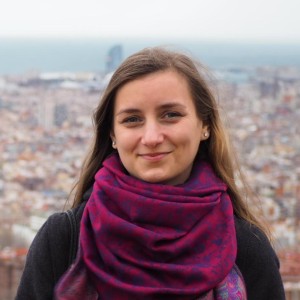 April 29, 2019
PrevPreviousDinant – the saxophone city
NextWhat to do and see in Bologna – the gastronomic capital of ItalyNext

Getting to know Bela Krajina – Meeting some local producers

Is there a better way to experience a place than meeting the local people? During my stay at BIG BERRY Luxury Lifestyle Camp, I got the chance to visit some

Two days in Vilnius on a budget

Often when I tell people about my trips to Europe, I hear the same thing: “I wish I could afford to go to Europe”. People usually don’t know that one

Visiting Amsterdam for the King’s Day? Here is what to expect

It’s April and it’s blooming time here in Amsterdam. It feels like spring although it’s a bit cold and windy sometimes. On 27th of April, we celebrate the birthday of